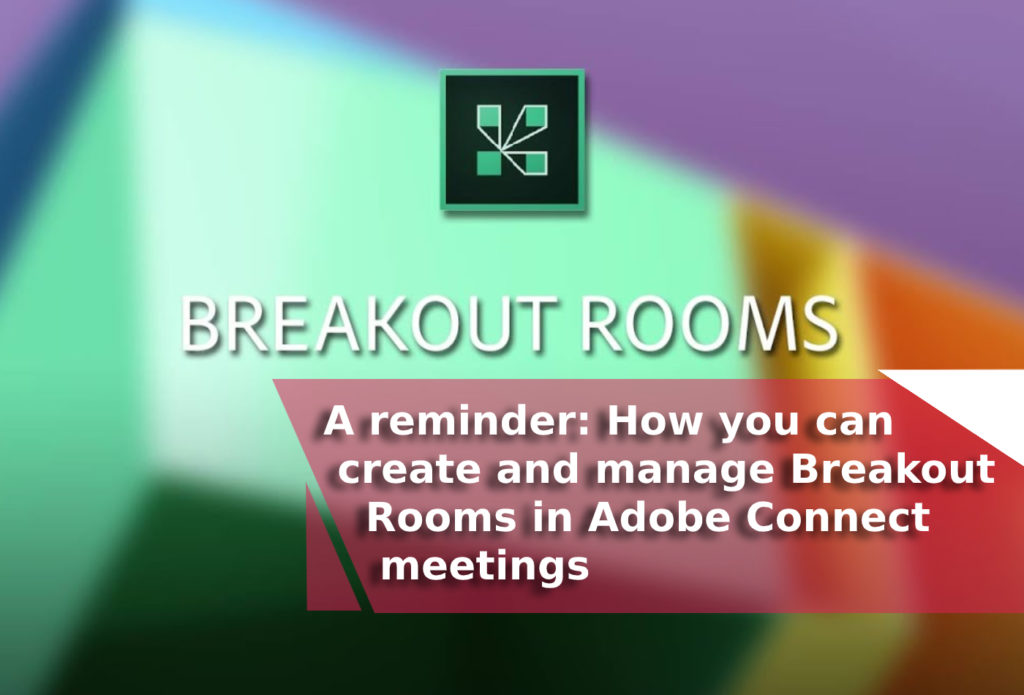 Breakout rooms are sub rooms that can be created within a meeting or training session. They are useful for splitting a large group into smaller groups that can talk or collaborate. 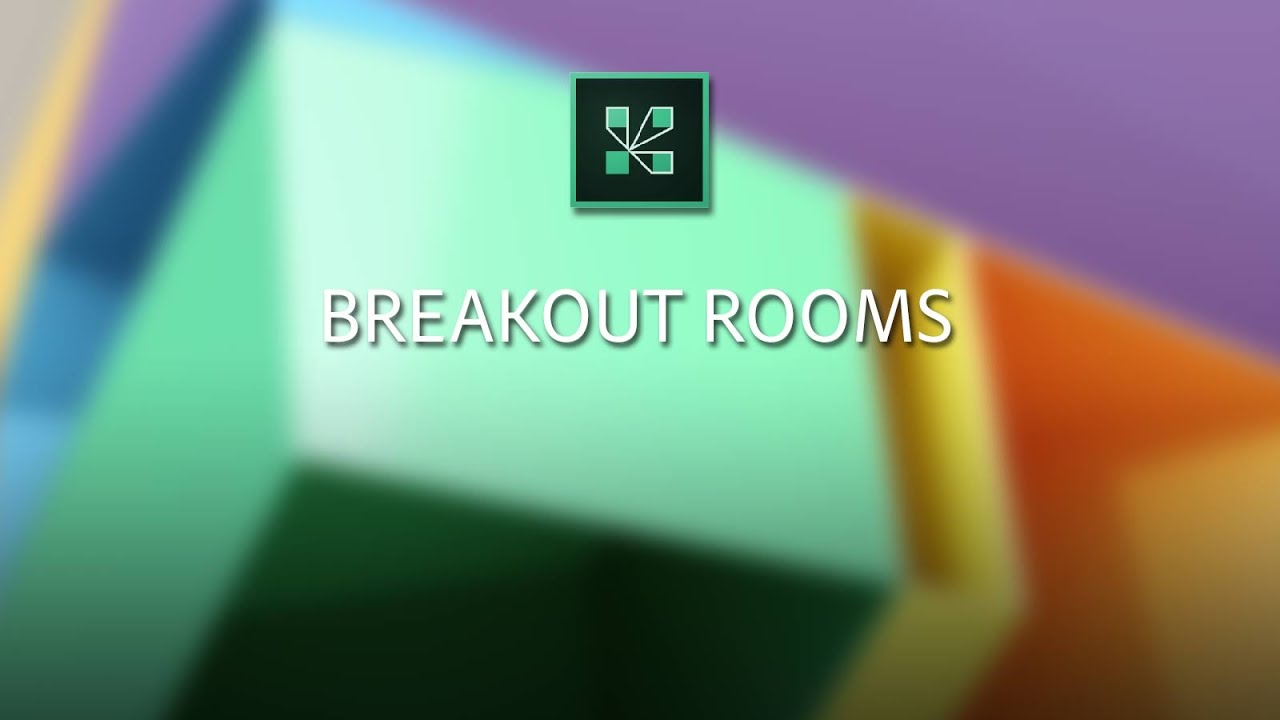 In the Breakout rooms, the Video pod behaves as follows:

If you want different content in each breakout room but do not require different layouts, prepare the rooms before attendees join the meeting or training session. First, configure the number of breakout rooms required. Then, click Start Breakouts and move from room to room, loading the required content into each Share pod. Then, end the breakouts. When attendees join and you click Start Breakouts again, the content is ready. (If necessary, you can also alter the layout and content of breakout rooms during a meeting.)

When the attendees are assigned to breakout rooms, you can use the Rotate button to rotate the participants among the breakout rooms in one click. Adobe Connect assigns each attendee to the next breakout room in the list.

In the breakout room, participants need permission to use the pods to do their work and engage with each other using the pods. Such permissions, called enhanced rights in Adobe Connect, are available by default on the Share Pod, on the Notes Pod, on the Whiteboard, on the File Share Pod, and for audio and video sharing when a breakout session starts. The permissions are restored to their previous state after a breakout room ends and everyone joins in the main meeting room. 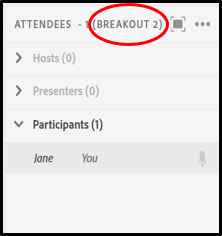 NOTE:
Connect Innovation, provides an online course for each and any kind of user of Adobe Connect, no matter if you are an experienced one, or you just started to use Adobe Connect, we are more than sure that our online courses could bring something good and improve your knowledge for the platform.
If you need any kind of help for creating or managing a breakout room, feel free to contact us and we will provide the best support for your sessions.

Check our upcoming webinars
We use cookies on our website to give you the most relevant experience by remembering your preferences and repeat visits. By clicking “Accept All”, you consent to the use of ALL the cookies. However, you may visit "Cookie Settings" to provide a controlled consent.
Cookie SettingsAccept All
Manage consent

This website uses cookies to improve your experience while you navigate through the website. Out of these, the cookies that are categorized as necessary are stored on your browser as they are essential for the working of basic functionalities of the website. We also use third-party cookies that help us analyze and understand how you use this website. These cookies will be stored in your browser only with your consent. You also have the option to opt-out of these cookies. But opting out of some of these cookies may affect your browsing experience.
Necessary Always Enabled
Necessary cookies are absolutely essential for the website to function properly. These cookies ensure basic functionalities and security features of the website, anonymously.
Functional
Functional cookies help to perform certain functionalities like sharing the content of the website on social media platforms, collect feedbacks, and other third-party features.
Performance
Performance cookies are used to understand and analyze the key performance indexes of the website which helps in delivering a better user experience for the visitors.
Analytics
Analytical cookies are used to understand how visitors interact with the website. These cookies help provide information on metrics the number of visitors, bounce rate, traffic source, etc.
Advertisement
Advertisement cookies are used to provide visitors with relevant ads and marketing campaigns. These cookies track visitors across websites and collect information to provide customized ads.
Others
Other uncategorized cookies are those that are being analyzed and have not been classified into a category as yet.
SAVE & ACCEPT